We’re going to examine KushCo Holdings (NASDAQOTH:KSHB) — which provides packaging solutions and other ancillary products and services to the legal cannabis industry — to see whether its stock is a buy. 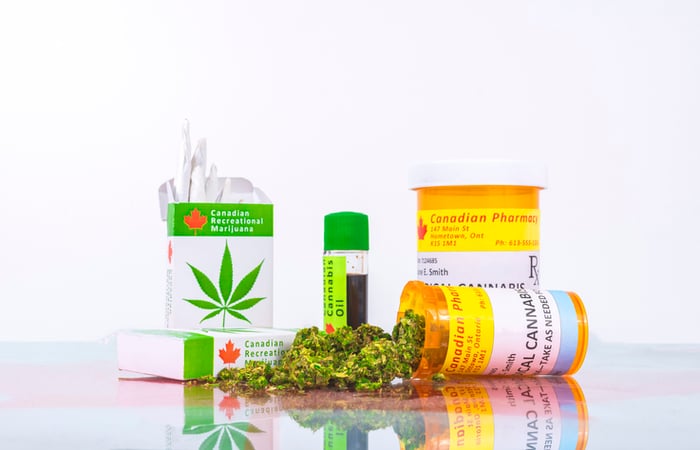 One of the first things a potential investor in KushCo probably wants to know is how the stock has performed over the short and longer terms, including how it’s stacked up against other cannabis stocks.

The stocks of the Canadian marijuana growers are a mixed bag over this same period. The best and worst performing of the four largest ones (by market cap), Cronos and Aurora Cannabis, respectively, are shown in the chart below. (Tilray is actually the best performer of the larger players, but it’s only been traded in the U.S. since July.) Shares of ancillary cannabis companies Innovative Industrial Properties (NYSE:IIPR) and EnWave have performed wonderfully and solidly, respectively. Innovative Industrial Properties (IIP) is a San Diego-based, cannabis-focused real estate investment trust that’s profitable and pays a dividend yielding 2.6%; EnWave is a Canadian company that launched its dehydration technology into the cannabis industry last year. 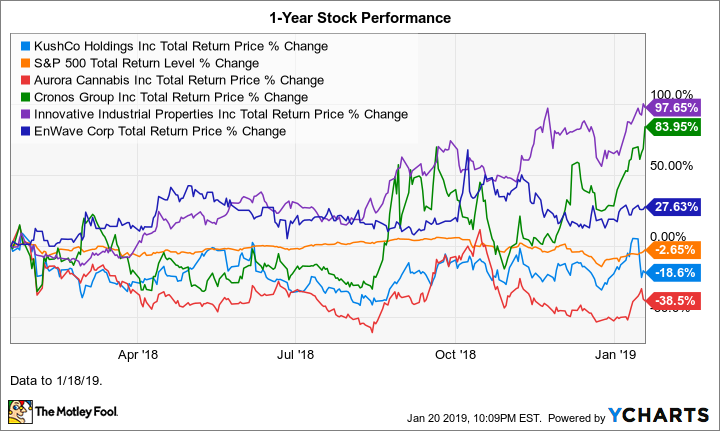 A winner since its IPO three years ago

Since its initial public offering in early January 2016, KushCo stock has surged 171% — more than four times the S&P 500’s 40.9% return. Aurora Cannabis has rocketed 1,370% higher over this period, while EnWave has gained 90.2%. (However, EnWave only became a “cannabis stock” last year.) Cronos and IIP aren’t shown because they have not traded in the U.S. (not traded, period, for IIP) for this entire period. 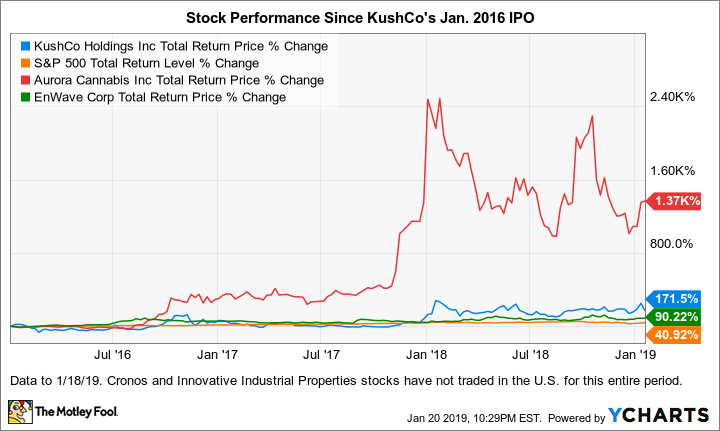 KushCo Holdings, which is based in California, was founded in 2010 by Nick Kovacevich, the company’s CEO and chairman of the board, and Dallas Imbimbo, who serves on the board. The company started life as Kush Bottles and changed its name last year to reflect its expansion beyond its packaging roots. It’s very close to a pure play, with only its acquired creative-design business having clients outside the cannabis realm. In short, the company’s aim is to be a one-stop shop for customers.

KushCo has sales and distribution facilities across the U.S. and Canada, and opened an office in China last fall.