The legal marijuana industry is evolving at a breakneck pace. In 2018 alone, Canada legalized recreational pot for adults, Thailand green-lit medical marijuana seemingly out of the blue, the 2018 U.S. Farm Bill decriminalized hemp, and several companies signed partnership deals with major tobacco, beverage, and pharmaceutical companies. Even so, the white-hot cannabis space remains in its infancy from a business development standpoint.

Over the next five years, for instance, medical and recreational marijuana sales are projected to rise at an astonishing compound annual growth rate of nearly 35%, according to Grand View Research, as well as several other industry insiders. This explosive growth rate is expected to be fueled by the eventual legalization of marijuana at the federal level in the United States, the end of prohibition in other major markets like Mexico, and the forthcoming legalization of cannabis-infused foods and beverages in Canada later this year. 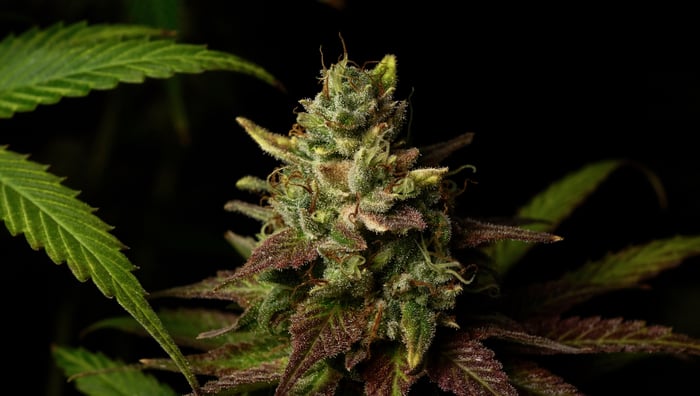 And as legal barriers continue to fall across the globe, there’s little doubt that even more blue-chip companies will enter the fray through either licensing deals or outright acquisitions. Beverage titans Coca-Cola, Diageo, and PepsiCo, as well as food giant Nestle, after all, have all been linked to possible blockbuster cannabis deals over the past year.

The legal cannabis industry could thus be on the verge of entering a period of widespread consolidation — sparked by the flow of big money into the space, combined with a more business-friendly legal landscape going forward. So, which top cannabis companies are most likely to get snapped up first? Canopy Growth (TSX:WEED) (NYSE:CGC) and Cronos Group(NASDAQ:CRON) both appear ripe for takeovers during the industry’s initial wave of consolidation. Here’s why.

The first domino to fall

Canopy, in many ways, is the crown jewel of the legal cannabis sector. The company has the highest production capacity by a wide margin, one of the broadest international footprints with operations in 12 countries at present, a premiere recreational brand in Tweed, and it was even the first cannabis business to list its stock on the New York Stock Exchange.

Topping it off, Canopy also became the first cannabis company to sign a multibillion-dollar partnering deal with a Fortune 500 beverage maker in Constellation Brands (NYSE:STZ). And it’s this very deal that will likely make Canopy the first big name off the board.

In brief, Constellation now has the right to increase its ownership stake in Canopy to approximately 55%, per the duo’s latest agreement announced last August. Another noteworthy aspect of this deal is that Constellation also gained the right to name two independent directors to Canopy’s board of directors, giving it direct input into the company’s business strategy and evolution.

This massive deal and corresponding equity stake thus appears to be little more than an initial courtship period prior to a full-on buyout at some point down the road. In other words, Constellation has already laid its claim to one of the best in the business in the event that the promising cannabis space does indeed live up to the hype. So, unless the wheels fall off the legal marijuana growth story for some unforeseen reason, Canopy seems destined to be acquired by its partner within the next two to perhaps five years (the time frame in which most of the major legal obstacles should evaporate).

Cronos shocked the world last year when it attracted a whopping $1.8 billion investment from American tobacco giant Altria (NYSE:MO). This high-dollar deal seemed unlikely at the time because Cronos didn’t sport a top-tier production capacity, it didn’t have a particularly strong international footprint, and the company was well behind the industry leaders from a business development standpoint. Yet Altria still decided to buy a noteworthy 45% stake in Cronos last year — a stake that could jump as high as 55% if the tobacco titan exercises the warrants attached to the deal.

What piqued Altria’s attention? The two key factors appear to be Cronos’ partnership with Ginkgo Bioworks to produce rare cannabinoids at commercial scale and the fact that the company hasn’t been tainted by questionable business development moves (a problem that has long plagued this industry).

Where is this partnership headed? Altria should provide Cronos with a clear first-mover advantage in terms of entering the all-important U.S. cannabis market in the years to come. To do so, the pair obviously needs U.S. federal prohibition on cannabis to end, but that seminal event no longer seems like a pipe dream. In fact, there are a mounting number of pro-marijuana bills emanating from Congress right now — some of which would effectively end federal prohibition.

Bottom line: Altria probably won’t wait too long once federal prohibition in the U.S. ends to gobble up the rest of Cronos. Taking the patient approach, after all, would likely turn out to be an extremely costly mistake. Cronos thus seems destined to be wiped from the board of publicly traded cannabis companies by no later than 2024, and perhaps much sooner if some of the more optimistic predictions about U.S. marijuana policy come to fruition.